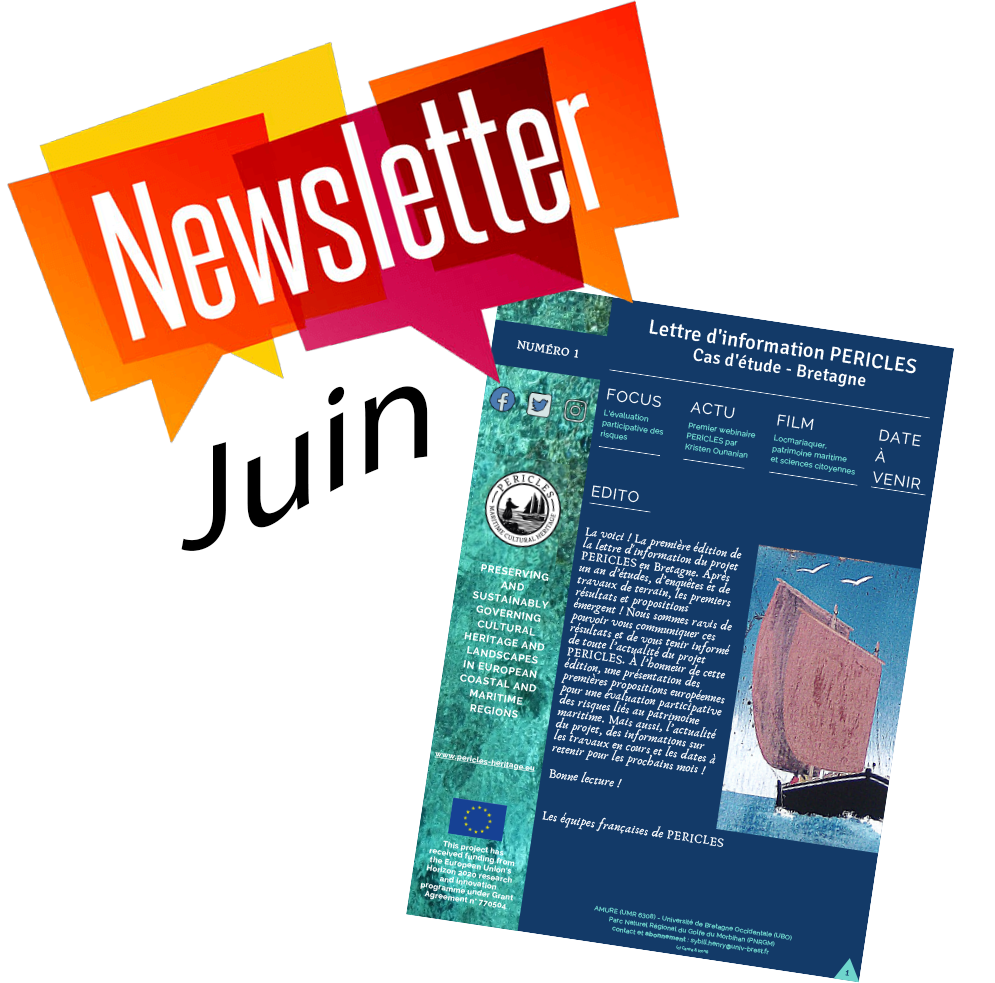 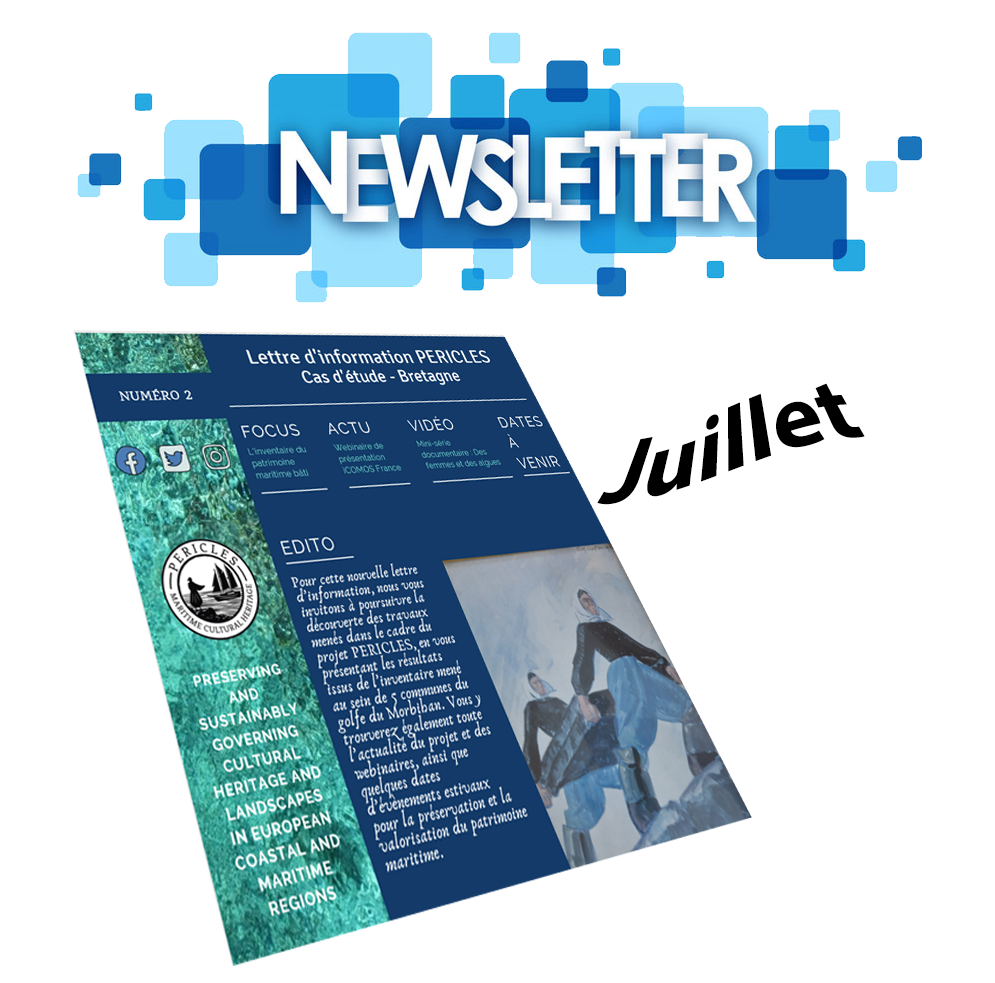 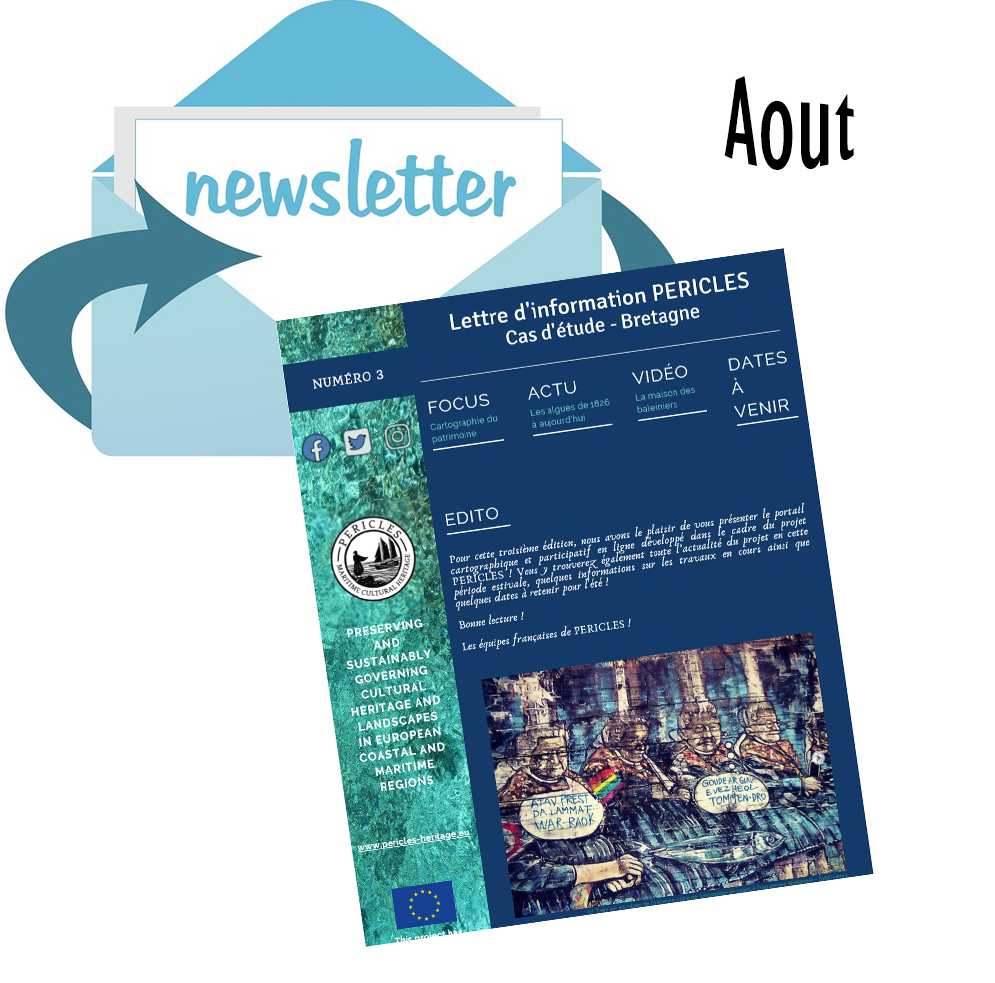 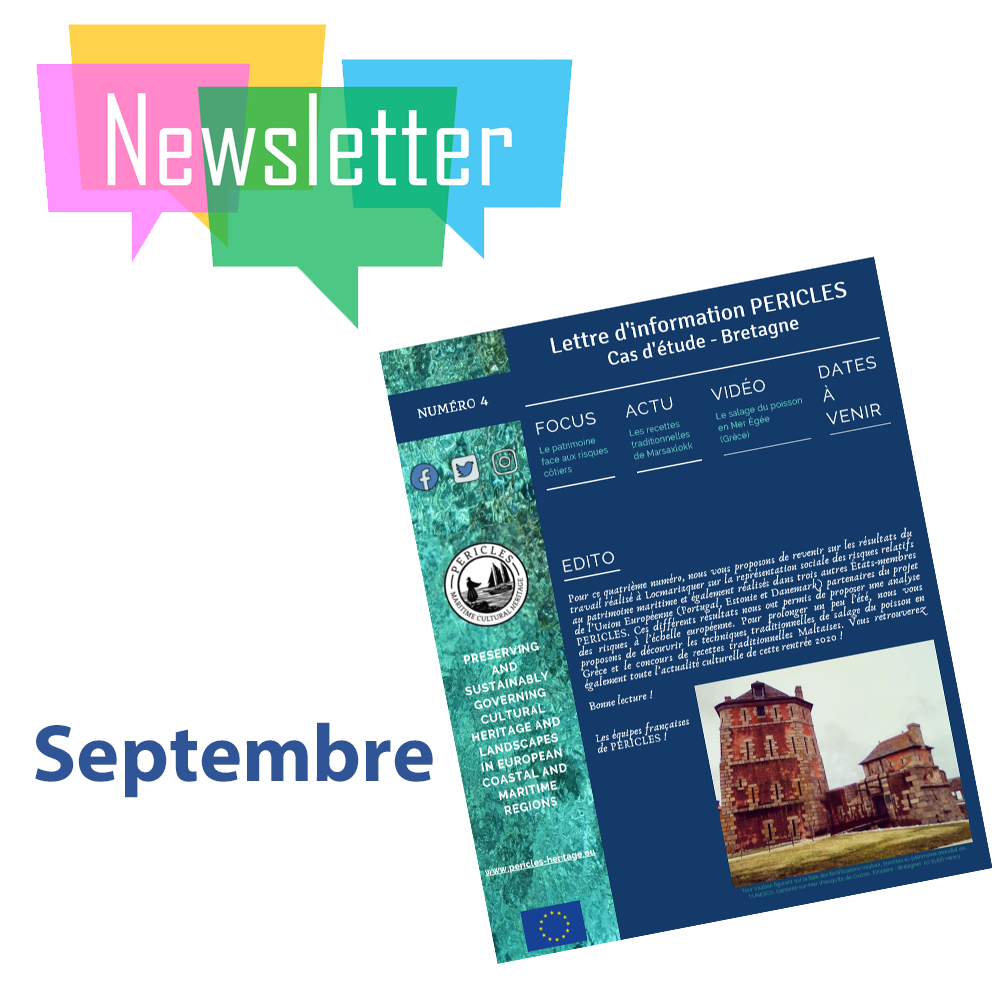 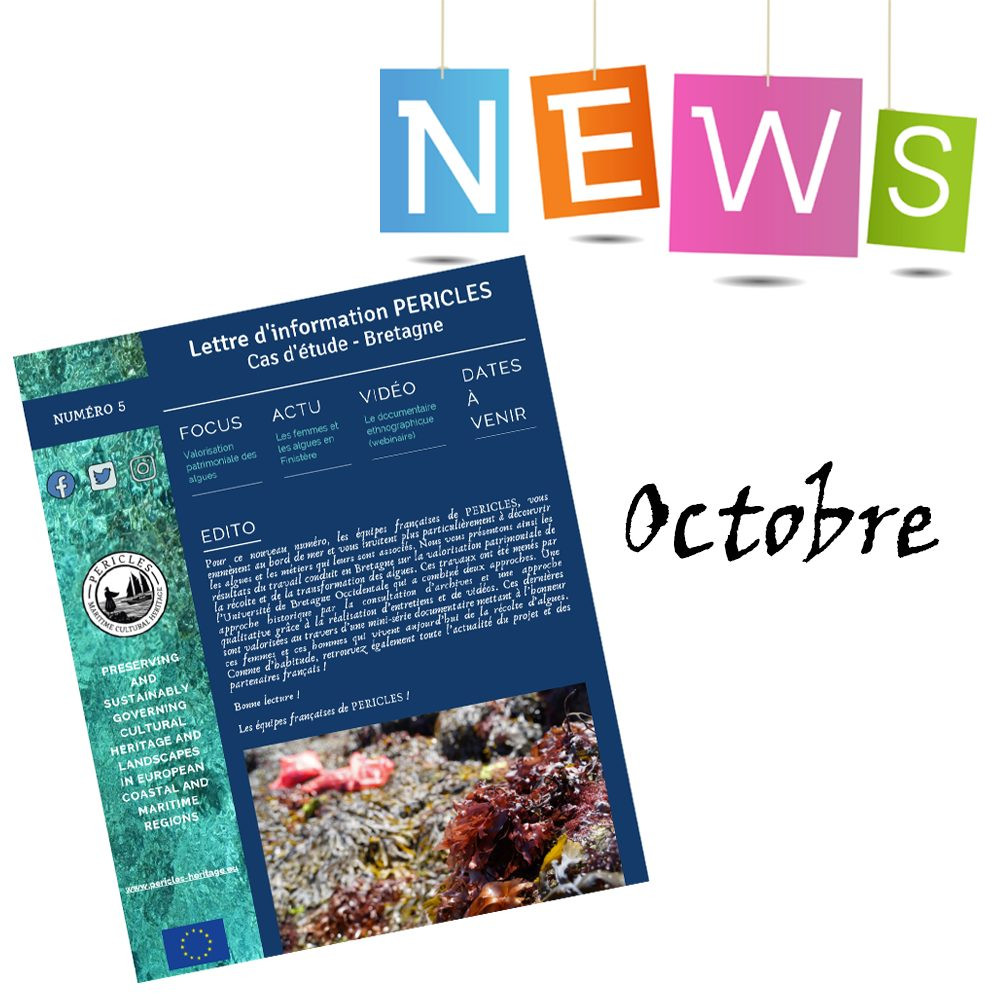 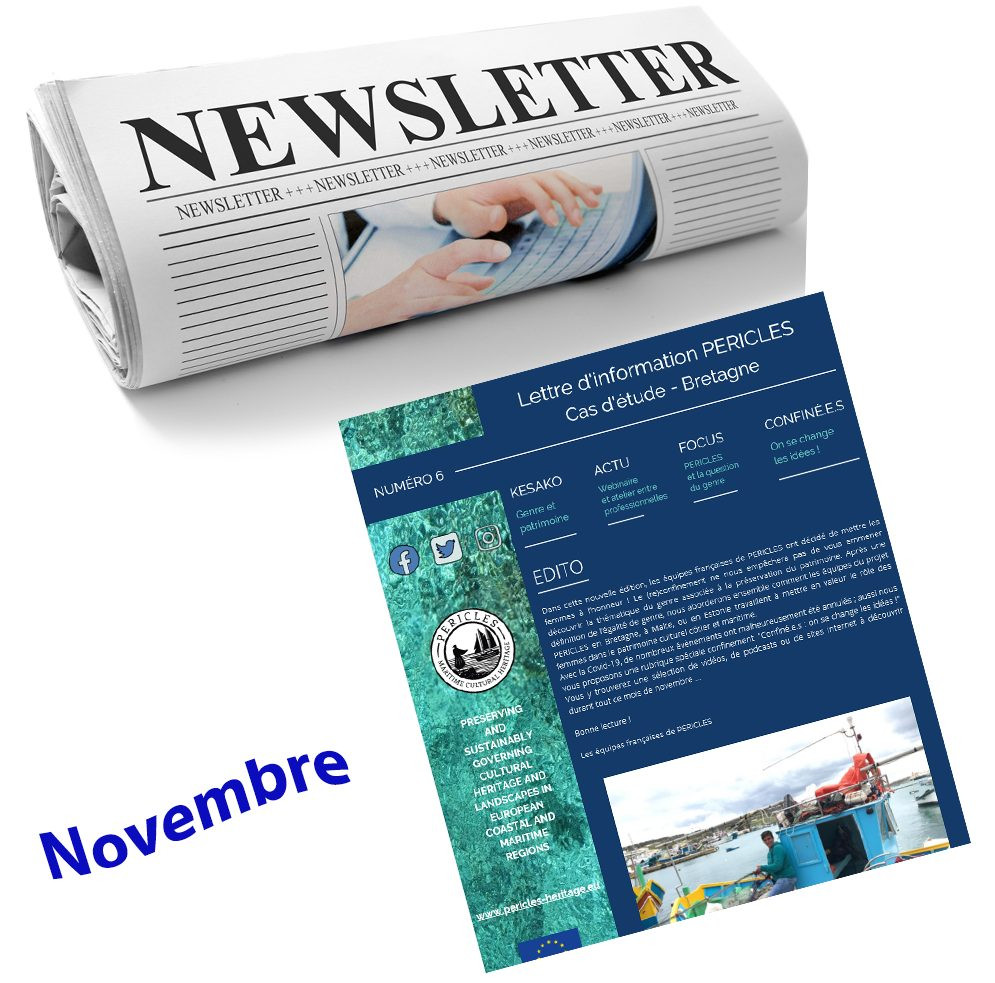 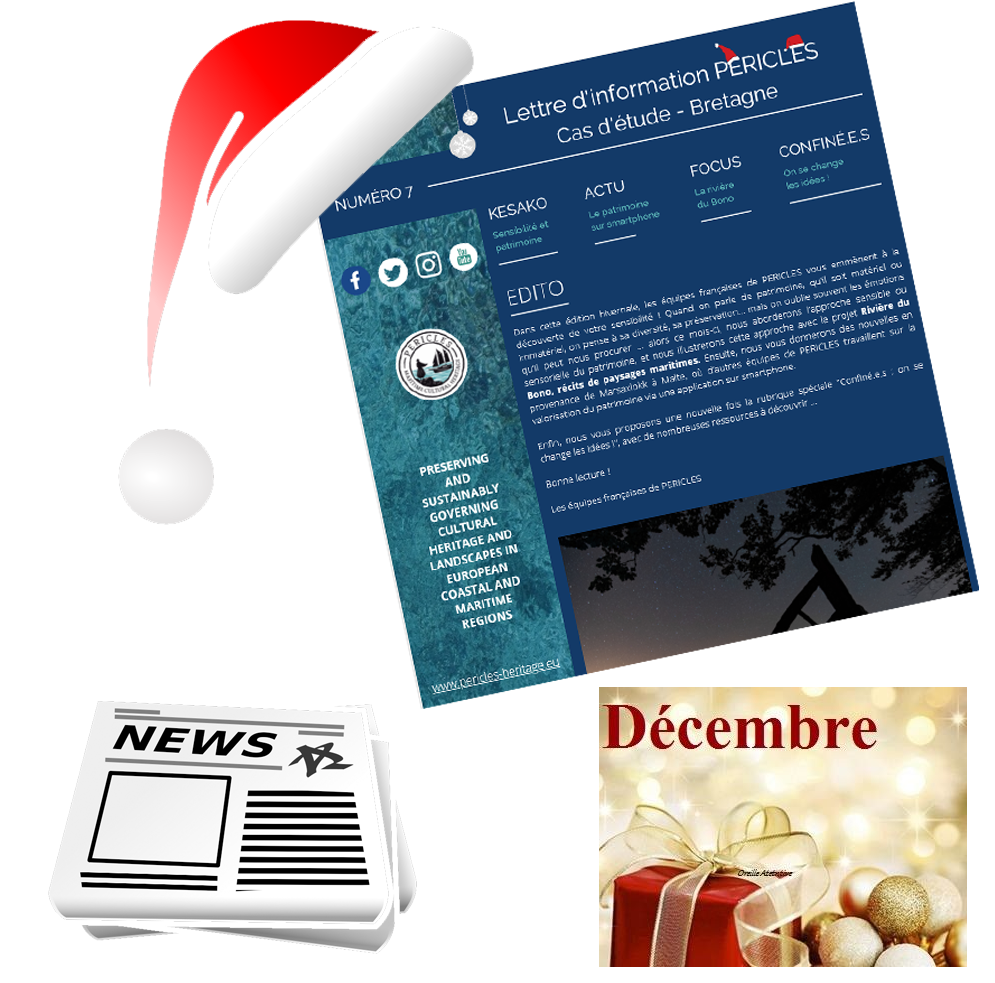 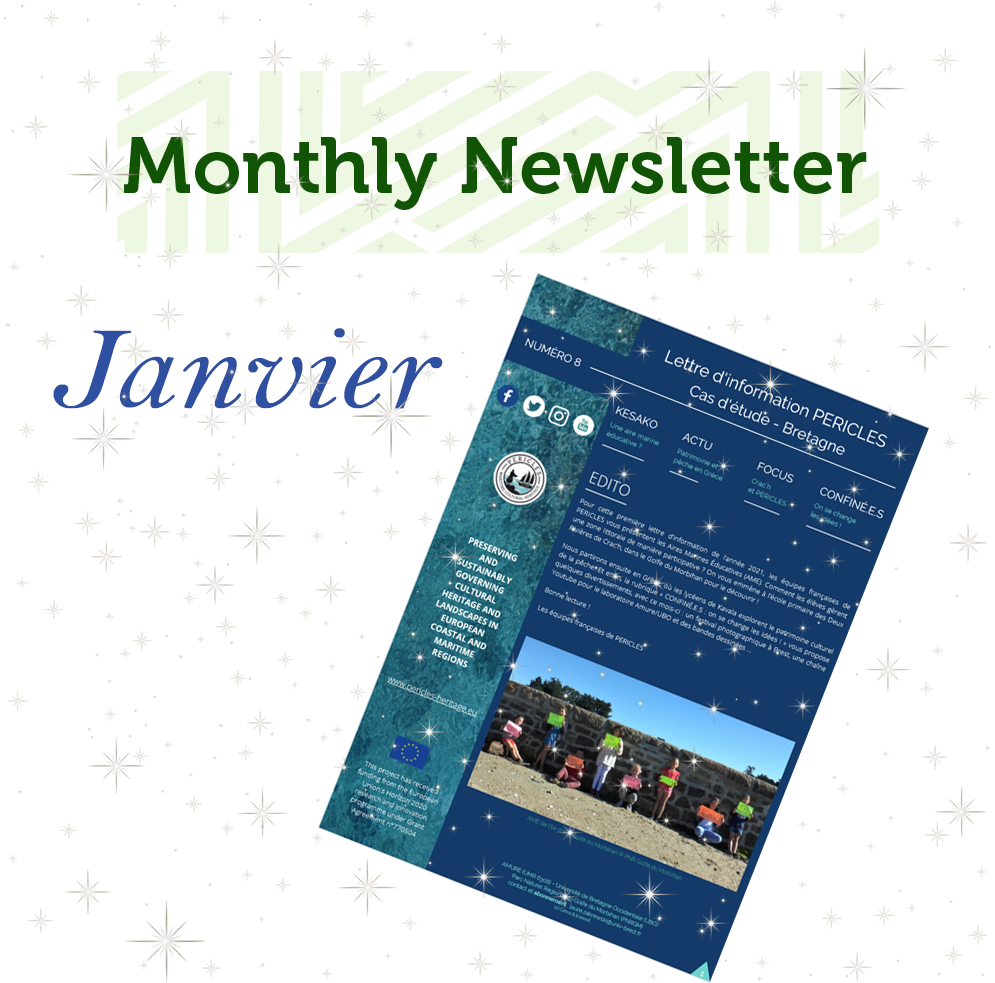 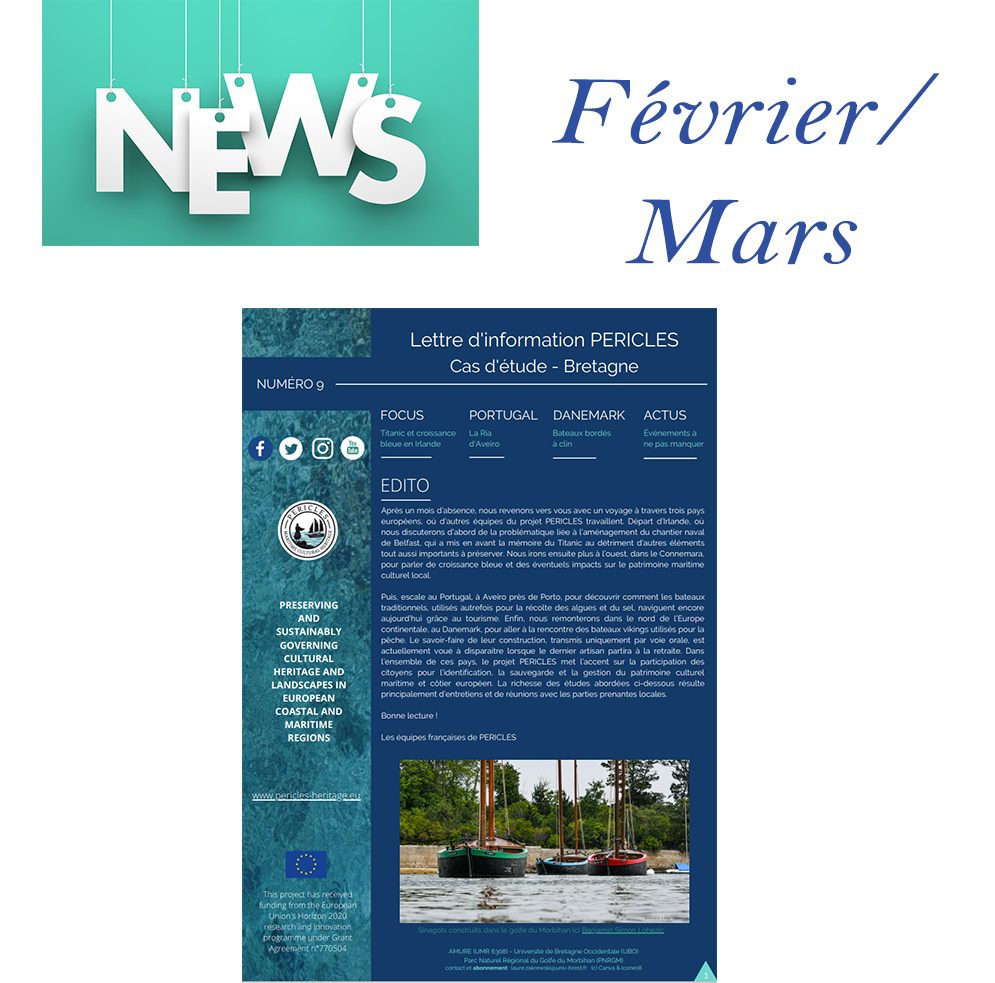 PNRGM, in collaboration with the municipalities of Pluneret and Le Bono, has experimented with a sensitive and poetic approach to maritime heritage in a project entitled, The Bono’s river, stories of maritime landscapes. This project aims to make known places of great beauty that are not immune to the passage of time as well as places of maritime history to be visited and protected. Several local actors have been mobilised: elected representatives, naturalists, oyster farmers, farmers and historians living in these two municipalities. The writer and philosopher Alexis Gloaguen and the photographer Benjamin Simon Lohezic from the PNRGM have criss-crossed the territory and exchanged with these actors in order to produce this booklet combining poetic writing and singular views on this remarkable site on the Morbihan coast. 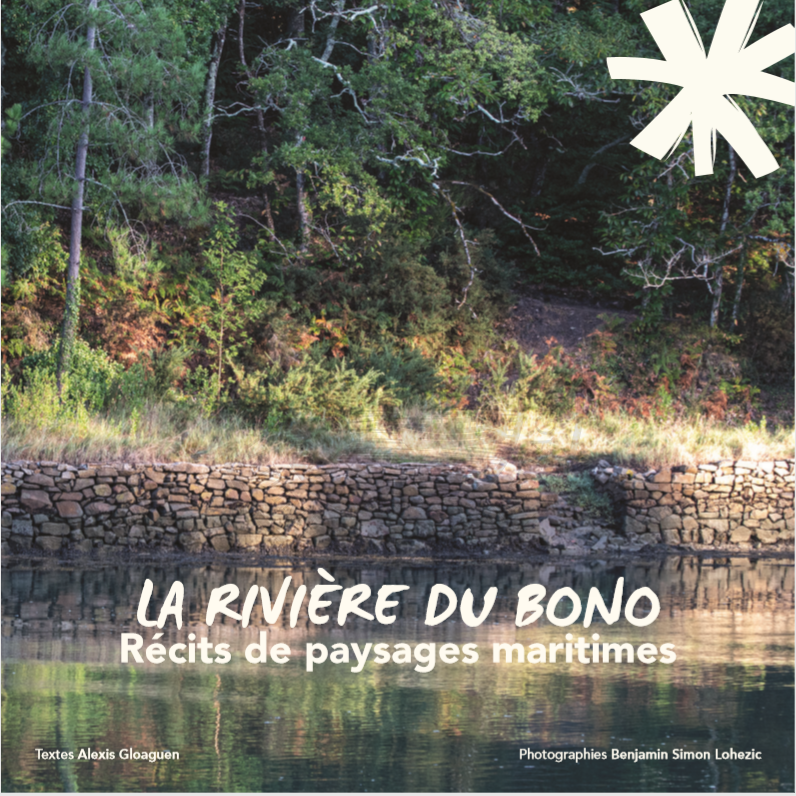 Entirely turned towards the sea, Brittany's maritime traditions are linked to various activities such as coastal fishing, and the merchant and national navy but also recreational as testifies the reconstruction of many traditional Breton sailboats. Breton landscapes and seascapes are also full of signs of past activities, evidence of the prehistoric human settlements in Brittany: standing stones, megaliths, cairns, etc. Within the Breton culture and its Celtic tradition, the tangible and intangible maritime heritage is vast and is subject to many risks mainly related to climate change (sea level rise, storms, erosion, etc.) and to the anthropic pressures (tourism activities, population renewal, economic development, diversification of activities, etc.). In Brittany the first actions towards the promotion of maritime heritage were initiated by local associations (groups) and were concerning mainly the “reconstruction of old boats”, organization of sailboats festivals (Brest), and then the buildings (lighthouses, harbours, etc.) showing the maritime life of Brittany. The knowhow of traditional maritime activities (construction of boats, fishers, shellfish farmers) as intangible heritage still under construction. The different actions for the recognition and classification of the coastal cultural heritage are based on citizen initiatives or action research results. 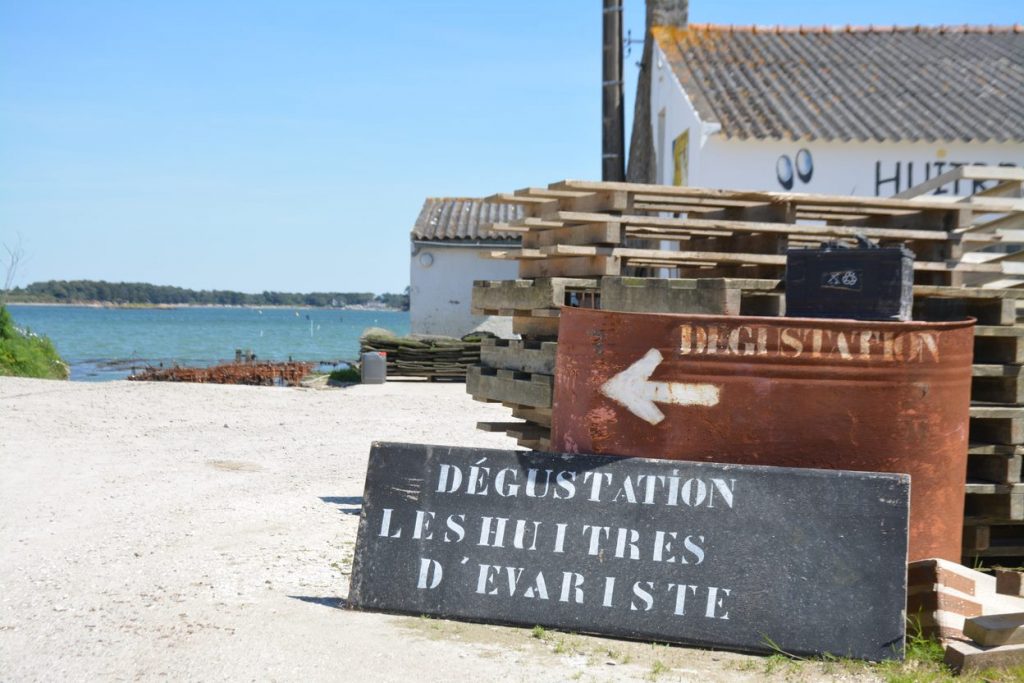 B.2  Inventory and mapping of cultural heritage in the Gulf of Morbihan

B.3 Preserving and promoting the heritage of Brittany seaweed tradition

B.5 Social history of women in fisheries as a cultural heritage in Brittany​

B1 focuses mainly on the municipality of Locmariaquer in the Gulf of Morbihan, which has a rich maritime and coastal heritage (dikes, windmills, coastal paths, natural areas, Neolithic and Gallo-Roman remains, etc.). In this community the PNRGM has already realised the inventory the built heritage (tangible) and also produce maps of vulnerability to natural hazards in participatory approach. In consultation with the inhabitants, the objective of the DEMOS is to select two threatened sites according to their importance as heritage, emotional value as well environmental, in order to propose different collaborative scenarios for the management of this maritime heritage. The two selected sites should be located in the two different area of the municipality of Locmariaquer: one to the west of the municipality facing the Atlantic Ocean, and the second to the east of the municipality enclosed in the Gulf of Morbihan.

The objective of B3 is to trace the history of seaweed harvesting activity and the processing industry in collaboration with seaweed foot harvesters (association and working groups of professional fisher organisation) and processing industries. During last years, seaweed harvesters on foot concentrate their efforts to the recognition of this activity by the national fisheries law. Such recognition allows harvesters to manage their own activity. For the moment the “right do manage” seaweed resources is given informally. The promotion of these traditional activities as intangible cultural heritage would make possible the conservation of the resources, the continuation of this professional activity as well the preservation of Breton identity. This DEMO is mainly implemented in Finistère and partly in Côtes-d’Armor districts where harvesting and processing activities are found. In order to deeper understand the harvesting and the processing activities a bibliographic research work is undertaken at the departmental archives, as well as in the literature. This work will be complemented by a series of interviews which will provide information about the current situation.

The implementation of the DEMO B4 aims to analyse if the concepts of territory and landscape have been taken into account in the current management and planning instruments, focusing mainly on the territory of the Gulf of Morbihan. After the initial phase of identification of available tools, more in-depth interviews will be conducted with the public administrations responsible for implementation. The objective is to understand if CH is included or not in these documents. This is implemented through a master’s thesis in environmental law under the supervision of law professor involve in PERICLES. This assessment will allow the characterization of ideal of “sustainable governance” and to suggest recommendations for better integration of heritage into management and planning tools. The results of this work h will be presented at the regional workshop planned in autumn with regional and local stakeholders and administrations.

The objective of DEMO B5 is to highlight this women role of women and if possible to classify it as intangible cultural heritage in order to promote it among the younger generations. Raising awareness among citizens and stakeholders of the women invisible role played in fisheries and oyster farming will support the promotion of gender equality within these male dominated sectors. In addition, sharing of experiences between shellfish farmers’ women of good practices related to the diversification of activities will provide new material and information for them to improve their competences. Host tourist at shellfish farm is an activity providing complementary income but also of employment of the wives of oyster farmers. To achieve this objective, discussion groups and exchanges of experience between women shellfish farmers involved in tourism activities will be organised at regional level. These exchanges will help improve women skills and encourage other women to do so. 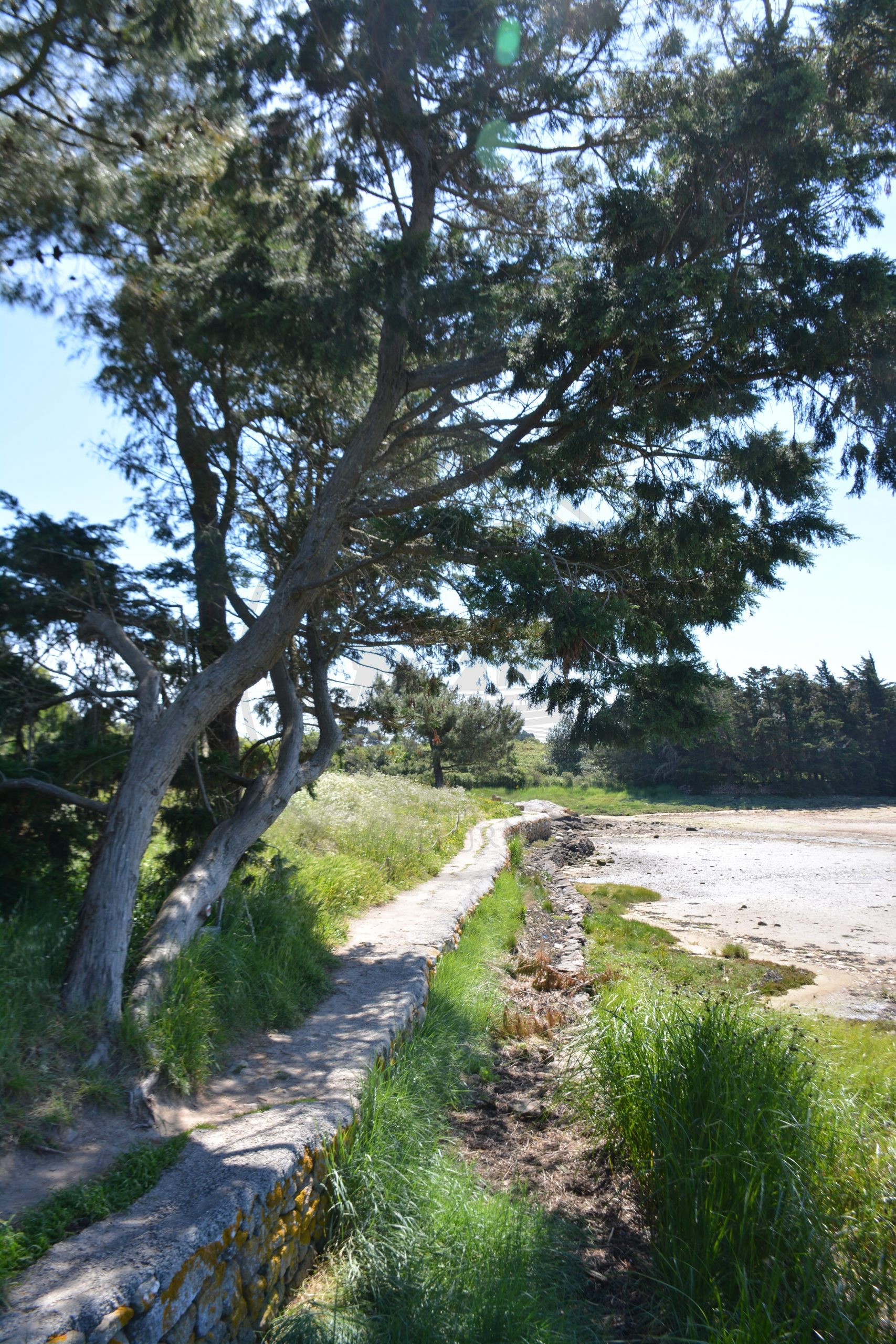 Since 2016, the PNRGM has been involved in an inventory of maritime and coastal heritage having as objective its preservation. This inventory is implemented according to a rigorous methodology (protocol) developed and implemented by the Brittany region.

The main objective of this approach is to extend the inventory of maritime heritage in 5 new municipalities located within the territory of the PNRGM while raising public awareness of heritage identification and promotion issues. These exchanges are contributing to initiate a reflection about available means to be implemented to preserve, promote and enhance the maritime and coastal heritage in a context of climate change, coastal retreat and risen human pressure (tourism, growing urbanization…).

This approach is therefore concentrated within the 5 municipalities selected by the PNRGM (Bono, Pluneret, Crach, Baden and Plougoumelen), to extend the previous inventory conducted in 12 municipalities. The inventory is carrying out in partnership with territorial authorities (region and municipalities) and citizens through the organisation of public meetings in the five concerned municipalities. The objective of these exchanges is to understand citizens’ perceptions of maritime and coastal culture heritage, but also to identify possible preservation problems and existing risks, whether natural (flooding, erosion, sea level rise, etc.) or anthropogenic (controlled destruction of built heritage, voluntary and involuntary degradation, etc.). The implementation of a participatory approach must make it possible to encourage citizen awareness in favour of the heritage.

The inventory field phase began at the end of April 2019 and ended at the end of September 2019. Public restitutions will be organised in each inventoried commune, starting in spring 2020, to exchange with the inhabitants on their maritime heritage. They will be an opportunity to continue to enrich knowledge and raise awareness among residents of the heritage, landscape and identity value of their heritage.

The richness and diversity of the natural environments of the Gulf of Morbihan have led populations to develop, since prehistoric times, coastal activities which have nourished the identities of this territory. Its very indented coasts, estuaries, rivers and abers have favoured the creation of specific coastal installations to take advantage of the sea: tide mills, salt marshes, fish traps, ports, oyster farms, shipyards, etc. To improve knowledge of this coastal maritime heritage and to support reflection on its future management, an inventory, led by the PNRGM, in partnership with Brittany Region, was initiated in 2017. In 2018, this inventory is part of the European PERICLES project (www.pericles-heritage.eu/) which works for the preservation and sustainable management of maritime cultural and landscape heritage.

This autumn, PNRGM is offering a series of talks on the inventory of maritime built heritage to be conducted in 2019 in the coastal municipalities of Crac’h, Pluneret, Plougoumelen, Le Bono and Baden (corresponding to the DEMO B2).

Open to all, these talks are an opportunity to present PERICLES, to discuss the elements of maritime heritage identified and to consider their future. 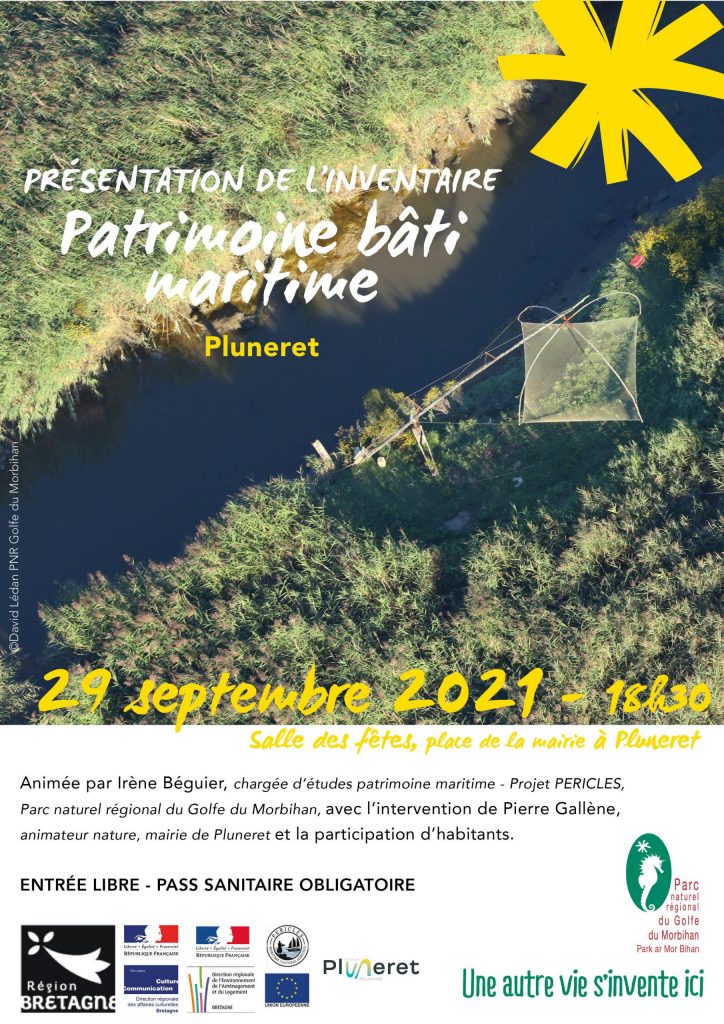 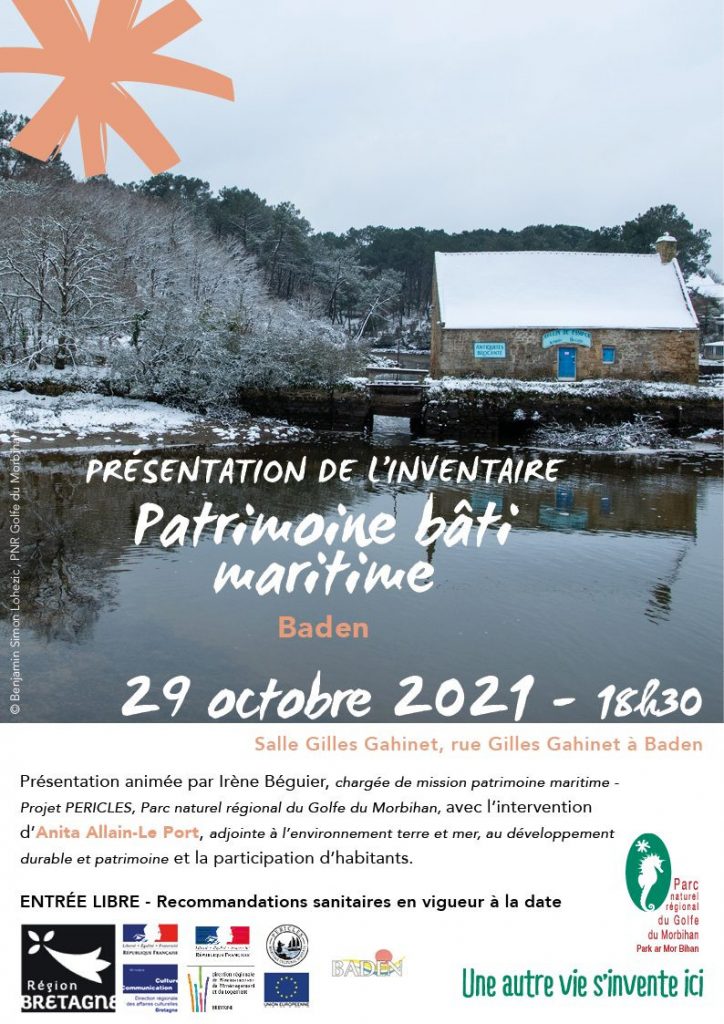 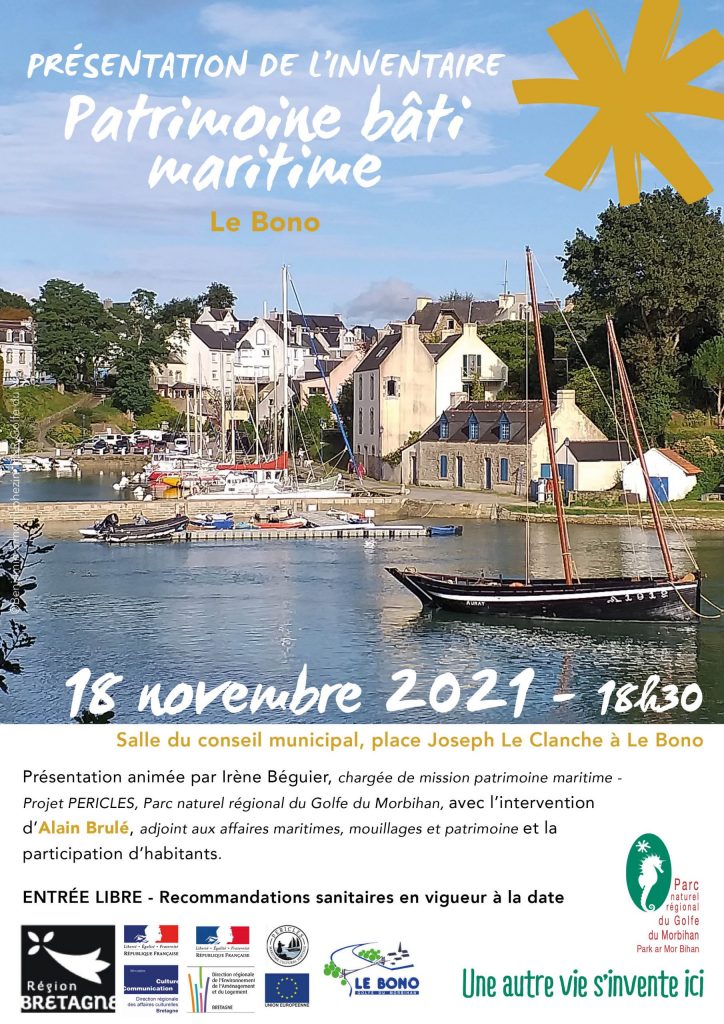 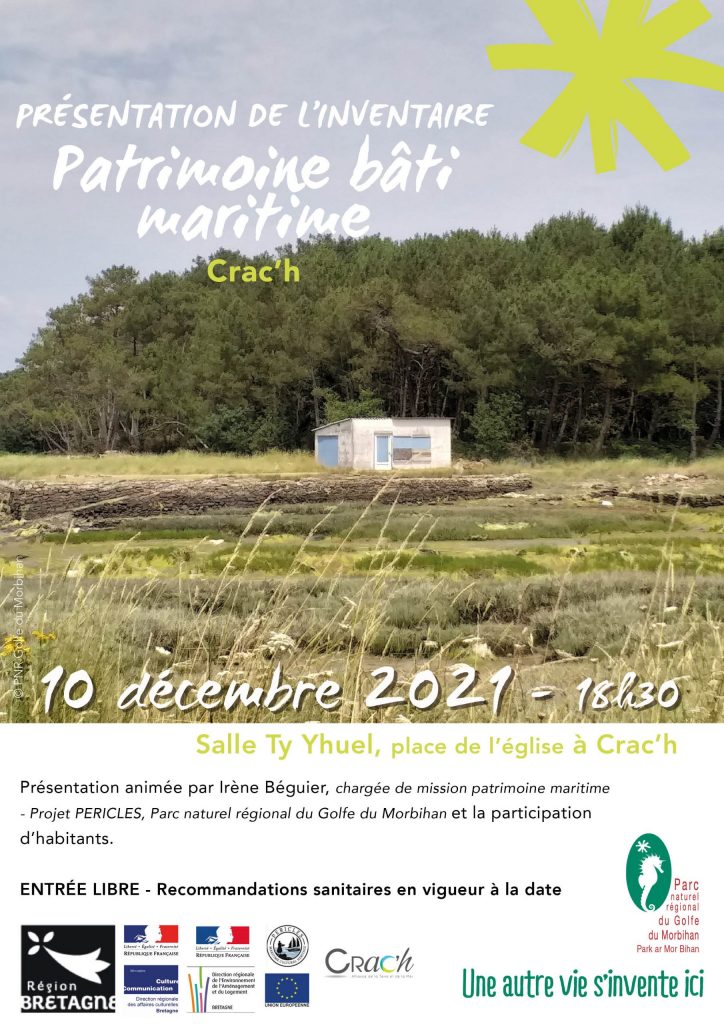 This meeting, organised by the Regional natural Park of Morbihan Gulf, with the support of the University of Western Brittany (UBO), aims to address the issue of sustainable and integrated management of coastal maritime heritage, in its various dimensions (tangible and intangible heritage), with emphasis on :

– The need for a joint approach to cultural and natural heritage, considering the interaction between maritime activities/coastal buildings and the environment. What adaptation solutions for this maritime heritage in the face of coastal risks and the erosion of biodiversity? What steps should be taken to raise awareness of this global approach?

– The transmission of the knowledge and know-how of maritime professionals and their consideration in public decisions. What is this knowledge and how is it put into practice on a daily basis? How is it transmitted, preserved and considered? How can their attractiveness be reinforced?

– The integrated management of the built maritime heritage, for a better consideration by all institutional actors. How should maritime heritage located on the coast and the Public Maritime Domain be managed? How to facilitate its integration into planning tools (SCoT, PLU, etc.)?

Faced with these challenges, what future for the maritime heritage of the Gulf of Morbihan? What public policy should be designed? 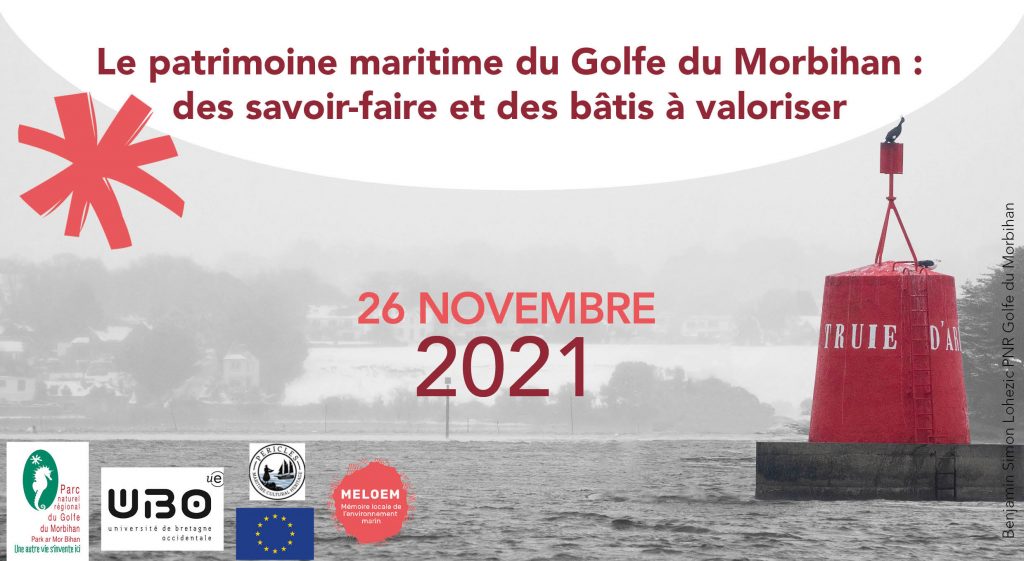 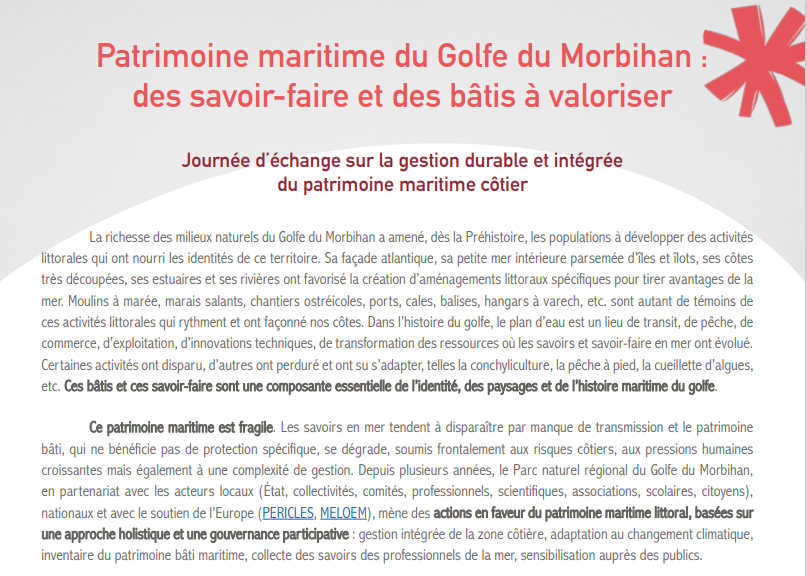 Inventory of maritime built heritage, conducted by Parc as part of DEMO B2.